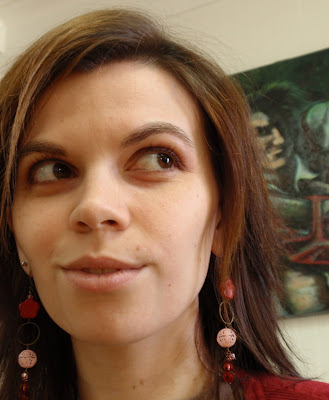 "Fail con Oh10" was not as fail as expected. Well worth the $25 pre-reg price, I didn't feel ripped off by the $35 at the door price tag this convention carried. Of course there was an enormous list of things they could do better next time. But for a first year convention, they were relatively well put together. Now that being said, the general attendees were absolutely what i had expected. 14-17 years of age, and combined I.Q. of a group of mentally touched seven year olds. Also, conventions should disallow the sale of sugar and caffeine on the premises. Screaming, bouncing, squealing, Geez they were annoying.
Anyway,the first event we attended was a Ramen eating contest. Not much is more visually repulsive yet so alluring than a bunch of out of shape Weaboos shoving noodles down their gaping noiseholes. Friggin train wreck. 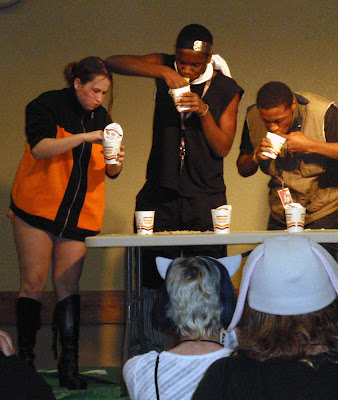 The pant less wonder in tramp boots nearly noodles herself to death.
But what really disturbed me was the two different Girly Naruto cosplayers. They were awful. 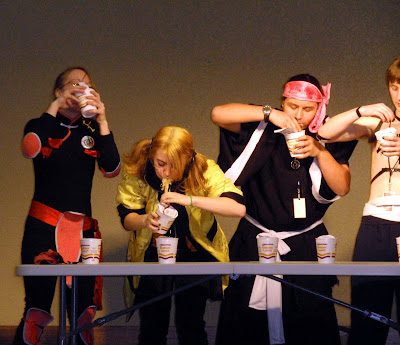 And i got to watch them cram Ramen into themselves so hard it nearly came back up. 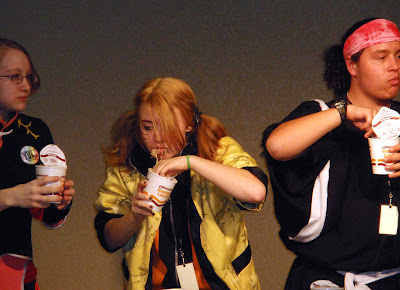 Yeah. Try and keep that down pigtails. Also, WHY are you wearing a bathrobe?
The disturbing thing about the costume is it's a common closet costume horror. In one of the first episodes Naruto uses "sexy no jitsu attack" in which he transforms himself into a sexy lady. This has been used as an excuse for lady Narutards to destroy the costume anyway they see fit, add pigtails, and tramp about the convention. This is one of my biggest costuming pet peeves, and I hate Naruto.
This is what he should look like. 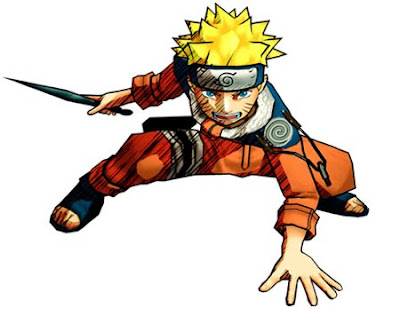 Crouching nimrod. I really hate Naruto. I mean, why the hell would you wear and orange jumpsuit to sneak up on enemies? 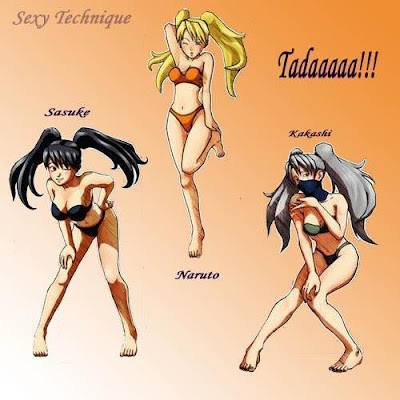 This is basically "sexy no Jitsu attack" Awful enough on it's own without terrible interpretation.

I tend to use conventions as an excuse to dress like a 17 year old. I never get to wear the massive collection of cutesy t-shirts, so I opted for cupcakes on day 1. Mmmm. Cupcakes. I'm hungry. 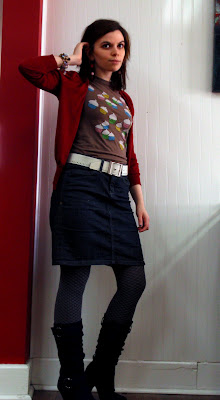 These amazing boots have been brought to you by Merissa of "Merissa Explains it All" Check her blog out! 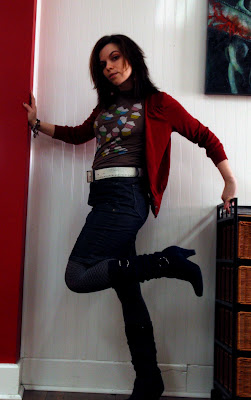 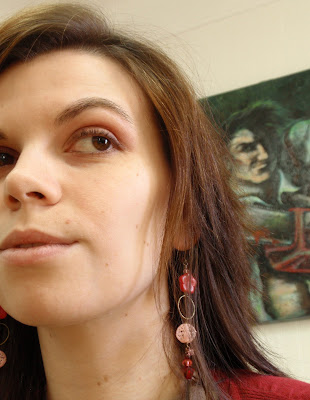 Made the earrings specifically for this weekend. Kinda love these! Also Merissa did the painting in the background. And yes, that is Ash of the Evil Dead Variety. Did I mention she is completely awesome?

In the next post I will go into day 2 and 3. Brit's costuming was amazing! I can't wait to share. So here's a taste. 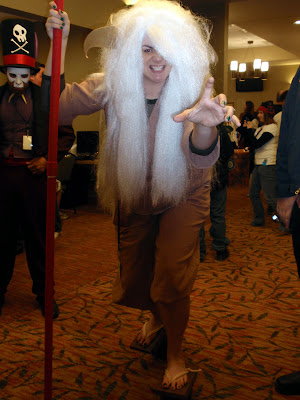 Also, the fabulous voice actors! They really made the weekend. 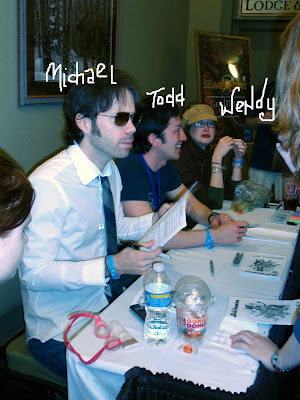